Living on the open sea – the Cormorant habitats

Chorus sinensis working group gathered for the first intensive “nesting” session to the Ouraluoto island, which is part of the Oura archipelago, a group of rocky islands in front of Merikarvia, Finland. The isles belong to the sea area which is protected and belong to Bothnian Sea National Park. The marine panorama offered us a wide perspective for conversations around the life of Great Cormorants (Phalacrocorax carbo sinensis), deeply entangled and influenced by the human lives at the coastal Finland. Ouraluoto residents, the composer and performer Lau Nau, audiovisual artist Jan Eerala, literature scholar Karoliina Lummaa and curator Ulla Taipale peeped to the living conditions of an outer archipelago where the cormorant settlements often make their lives – rough, desolate and rocky islets far away from the permanent human populations.

Even though we could observe some random cormorants scouting around the Ouraluoto, their nesting in this area came to an end some years ago. Merikarvia county got a legal permission for harassment of the cormorants, forming in 2015 the biggest settlement of Finland, consisting of around 4120 nests. The local experts molested the sea birds during three years (2016-18) using special scarecrows and cannons until the settlement changed their nesting areas and divided, moving to the Ostrabotnian coast (to the North) and some other outer islands to the South. The Ouraluoto archipelago was not occupied by Cormorants during the last years, but the Swedish name, “Skarvöarna” allude to them of being the earlier denizens of the islands, maybe until the early 20th century.

In 2019 some 25 700 cormorant couples nested in Finland. Their home islands are protected by law and it is forbidden to land on them until mid July, when the chicks normally are able to fly. In the end of the August the cormorants tend to start their migration flight.

More information of the Great Cormorants in Finland:

Ulla Taipale is Finnish curator and researcher who works internationally. She is specially interested in enhancing cultural and ecological biodiversity through art & science interventions, and in building bridges between art and science communities, facilitating dialogue between artists, creators, scientists, and the general public. www.capsula.fi melliferopolis.net www.climatewhirl.fi/en 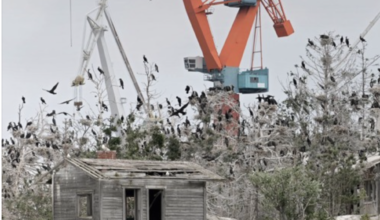 Read More
A new nesting settlement of Finnish Great Cormorants is found in front of the Port of Rauma since…
FFinland: Chorus sinensis, Bothnian Sea 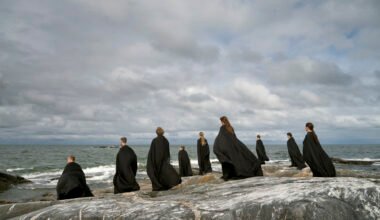 Read More
The Chorus sinensis exhibition’s world premiere takes place at Pori Art Museum from 17 June to 25 September 2022. This is…